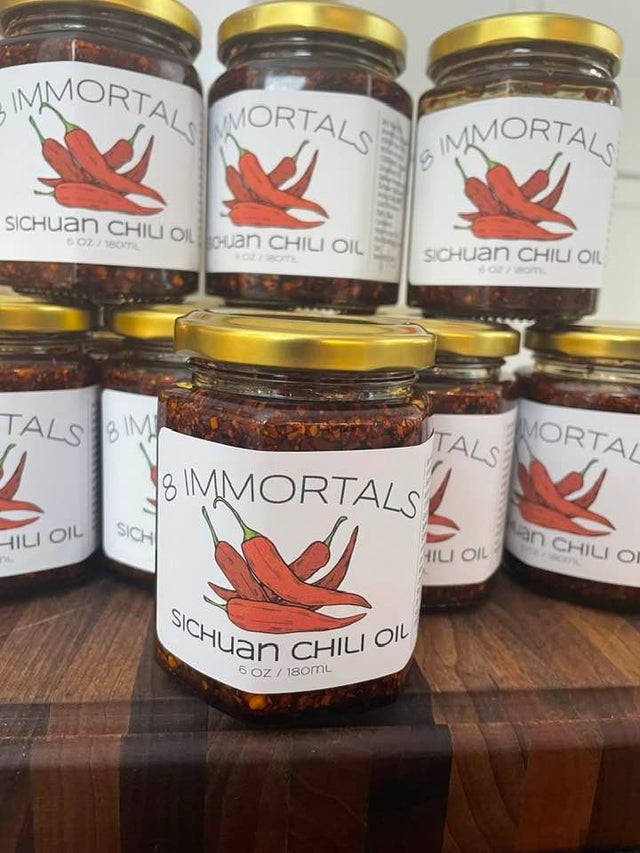 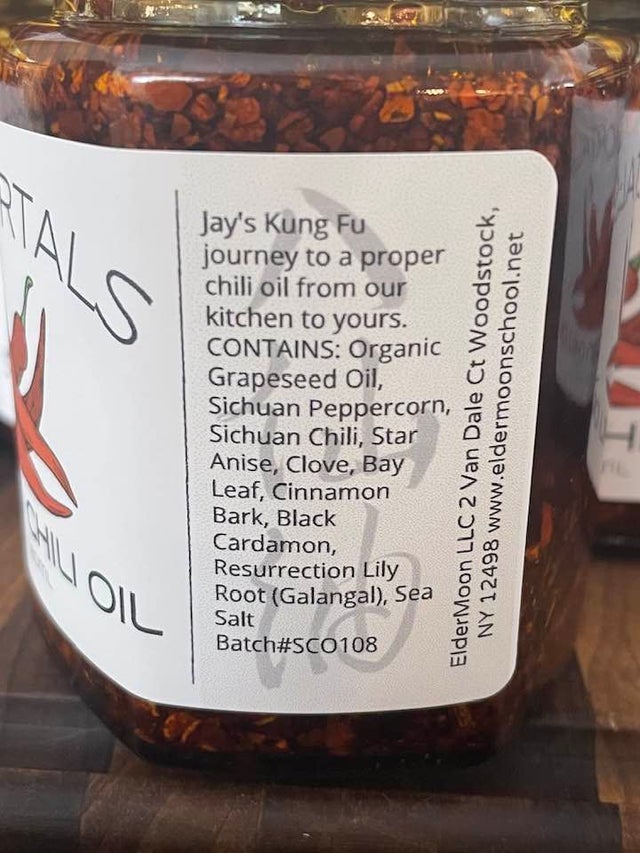 Jay's Kung Fu journey to a proper chili oil from our kitchen to yours.

The Eight Immortals are a group of legendary Taoists who are believed to have achieved the highest honors of their faith. Through their study, good works, and inherent virtues they became god-like immortal beings, or xian. Said to now live on islands in the Bohai Sea, the Eight Immortals are believed to have once been living people. Most were supposedly born during the Tang and Song Dynasties.

In Chinese mythology the Eight Immortals are believed to know the secrets of nature. They represent separately male, female, the old, the young, the rich, the noble, the poor, and the humble.

The eight immortals also correspond to virtues and practices for maintaining perfect health in Chinese medicine.

Jay experimented for quite a while chasing the flavors of a more traditional Sichuan chili oil. The oil is great on its own but also plays well with other ingredients to make marinades, dipping sauces and in stews and soups. Versatile and adds a unique flavor and heat to a variety of cuisines.

Comes with our 8 IMMORTALS DIPPING SAUCE Recipe - see recipe and printable download on sales page. We made 4 copies per page so you can share.

You can adjust the heat and stretch the flavor to your liking from our shared recipe. SO GOOD on everything!